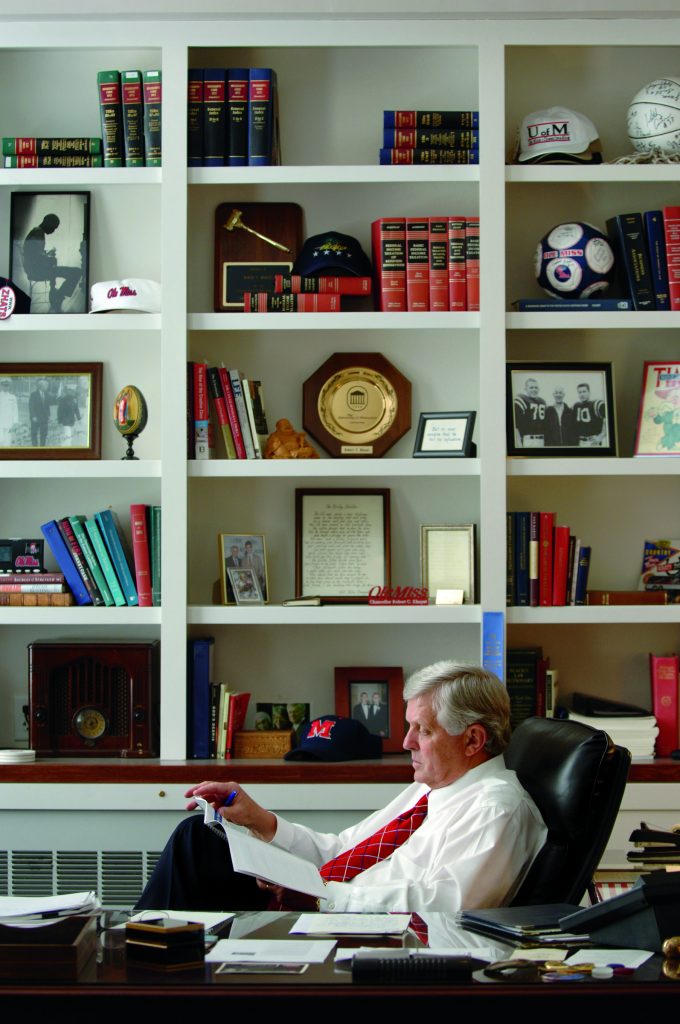 Robert Khayat is chancellor emeritus at the University of Mississippi. As a student at Ole Miss, he was a two-time All-SEC baseball player. He was selected for the Academic All-American football team, and he led the nation in scoring among all college kickers. He played in the National Football League with the Washington Redskins for three seasons and was selected for the Pro Bowl in 1960. While still playing in the NFL, he enrolled in law school at Ole Miss and earned a juris doctor degree in 1966. He was appointed to the University of Mississippi law faculty in 1969 and earned an LLM from Yale University. He has received the Lifetime Achievement Award from the NFL and the Distinguished American Award from the National Football Foundation.

He was named chancellor of the University of Mississippi in 1995. He and his leadership team increased enrollment by 43% (and minority enrollment by 79%), brought in research and development grants of more than $100 million, started an honors college, raised $540 million for the endowment, and retired the Confederate flag and other old symbols associated with the university. Under his tenure, Ole Miss was designated to shelter a Phi Beta Kappa chapter and was selected to host the first 2008 presidential debate.

His first book, The Education of a Lifetime, was a “New York Times” best-selling education book. The Mississippi Library Association named him 2013 Author of the Year, and the book earned a national IPPY Award for best memoir.